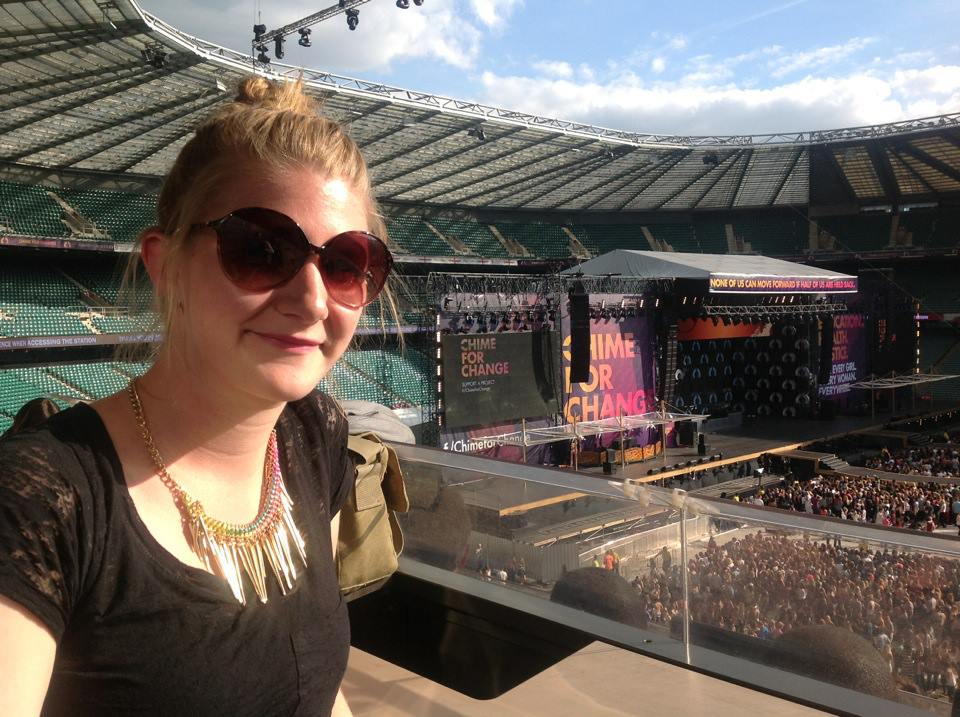 On Saturday I was lucky enough to join 50,000 people at Twickenham Stadium for The Sound of Change. The concert which boasted a star studded line-up of musical acts and presenters, launched Gucci founded campaign Chime for Change.

Co-founder Beyonce headlined the concert and was joined by an incredible line-up including Florence and the Machine, Jennifer Lopez and John Legend.

A phrase which adorned the front of the stage and was repeated throughout the night was “None of us can move forward if half of us are held back”. Aside from the music, it was important not to forget the real reason for being there. Chime for Change campaigns for improved health, education and justice for women and girls worldwide and several presenters including Madonna, introduced short films that illustrated this.

London’s Twickenham Stadium was chosen to host this incredible and overwhelmingly American event for a worldwide charity founded by Italian designer Gucci. I for one think it is an honour and a credit to London that it was chosen to hold such a prestigious event.

To find out more about Chime for Change or to donate visit their Facebook and Twitter pages.

To find out more about the concert go to Visit London