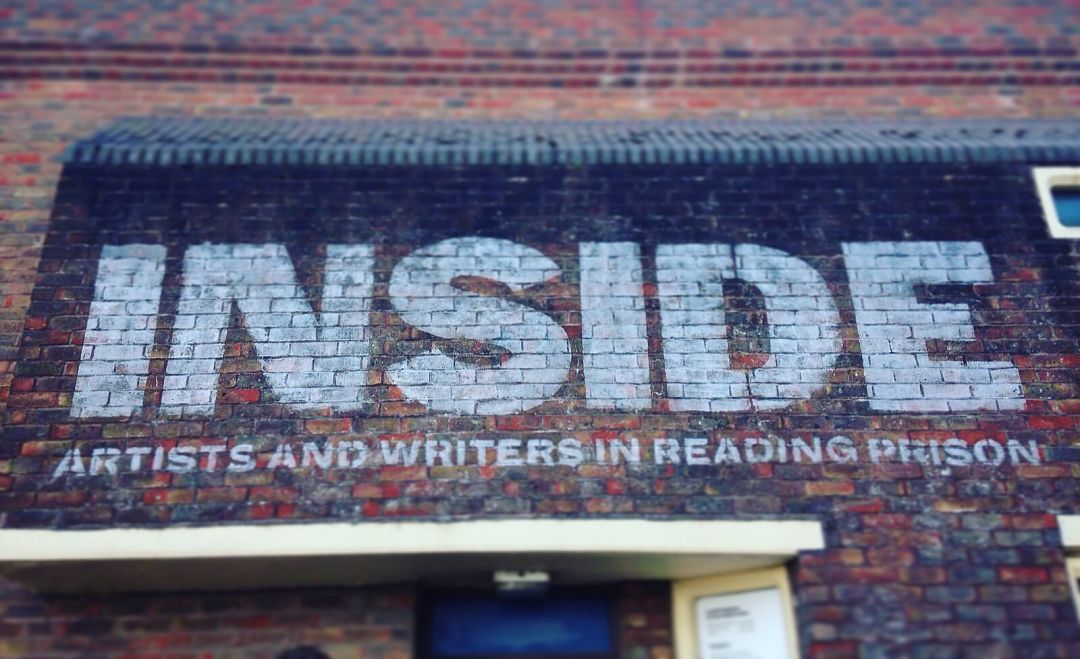 I have driven past Reading Prison countless times without really giving it a second thought. Little did I know that one day I would walk through those doors and into a cell.

I had never stepped foot into a prison before and I never expected I ever would… until that day.

What had she done? You are wondering. Drunk and disorderly? Possibly. Murder? Unlikely. Indecent exposure? Maybe.

Well, actually, I hadn’t done any of the above – nor committed any other crime for that matter. In fact, if I had, I definitely wouldn’t be walking into this prison. Firstly because it closed in 2013 and even before that it was a young offenders for boys aged 18-21. If I had been in Reading in 1844, however, when the prison housed both male and female inmates, it could have been a different story. Prisons intrigue me, I have always loved to watch both factual and fictional TV shows based around them. They are a whole other world that you know nothing about. And unless you or someone close to you commits a crime or you work there, of course, you never will.

So, when I saw Reading Prison was being opened to the public by the National Trust in conjunction with Artangel for a sneak peek at the dark history of Victorian (as well as more recent) prison life, I just had to take a look.

HM Prison Reading, formerly known as Reading Gaol is a Grade II listed building. It has been opened for the very first time for artists, writers and performers to respond to its most famous inmate, Oscar Wilde. In the cells you can explore archive material as well as installations of new works by the likes of Steve McQueen. Oscar Wilde called Reading Prison home from 1895 to 1897, a time when prisoners were kept in their cells for 23 hours a day. His crime: “acts of gross indecency with other male persons.” He was no longer a name, just a number: Prisoner C.3.3. In 1898, the year after his release he penned ‘The Ballad of Reading Gaol’ – it reflected on his time there and was to be one of his final pieces of work, which he credited to his prisoner number.

While in prison, where writing novels or plays was prohibited but letters were allowed, Wilde wrote De Profundis. Eventually written as a hundred page letter over the last three months of 1897 – on the four sheets he was allowed a day and addressed to Lord Alfred Douglas – he relays the harshness of prison life. De Profundis was not published until 1905, 5 years after his death, and then only in an abridged version. The full version did not appear until 1960. What I found most interesting was seeing these nods to an inmate who resided there all those years ago alongside scribbles on the walls, tables and beds from the prisons most recent inmates. There is an interesting contrast between seeing  letter’s written from prisoners in the 1800’s alongside ‘Reading is a shithole! Haha!’ scrawled across the plastic bed lining.

When the prison opened in 1844 it was a new model prison with a mission to reform and improve prisoners rather than just locking them up. Its cruciform design, with long wings of cells stretching out from a central atrium, was based on a number of elements considered progressive at the time. Fast forward to this century and despite the fact that new buildings were constructed around the original Victorian Prison, it lacked space. So much so, and due to overcrowding in the prison system, two sometimes three prisoners slept in cells that, quite honestly, were not big enough for one person. This ended up playing a huge part in the closure of the prison, which has sat empty ever since. We entered the prison and walked straight to the atrium – three floors of A Wing to our left, B Wing straight ahead and C Wing to the right. Thin, steep staircases joined each floor together, the spaces in between floors covered with a wiring, presumably to avoid death by falling from the narrow corridors which led to the cells. Each floor and every corridor was lined with cold, cramped, depressing rooms – filled only with a small hard bed, toilet, sink and table. A tiny, barred window close to the ceiling allowed prisoners to see a very small section of the outside world.

Inside the cells felt claustrophobic and when one of those doors shut on me while I was looking around I felt panicky and desperate to open it and get out. Luckily for me, I could. It was incredibly interesting to explore the cells and the chapel which more recently has been used as a recreation area. I would, however, have loved to be able to see a bit more of the prison. Likewise, while it was great to walk around at our own pace and take our time exploring the prison, I felt a guided tour may have been more informative (this had been an option but was sold out). There are people dotted around who can answer your questions, but I felt being told stories as we made our way from cell to cell would have really brought the prison to life. The prison re-opened its doors at the beginning of September with the exhibition due to run until the end of October, but it has since extended that date until the 4th December. Tickets are £9 for adults and well worth every penny. Entry is hourly, although you can stay for as long or short amount of time as you wish. We were there for just over an hour and felt we had seen and done all there was to do.

Having attempted to imagine what it may have been like had I been locked inside the prison for the foreseeable future, I was very grateful that I could walk back out those doors as and when I chose, a free woman – appreciating the fresh air that lay beyond those barred windows.