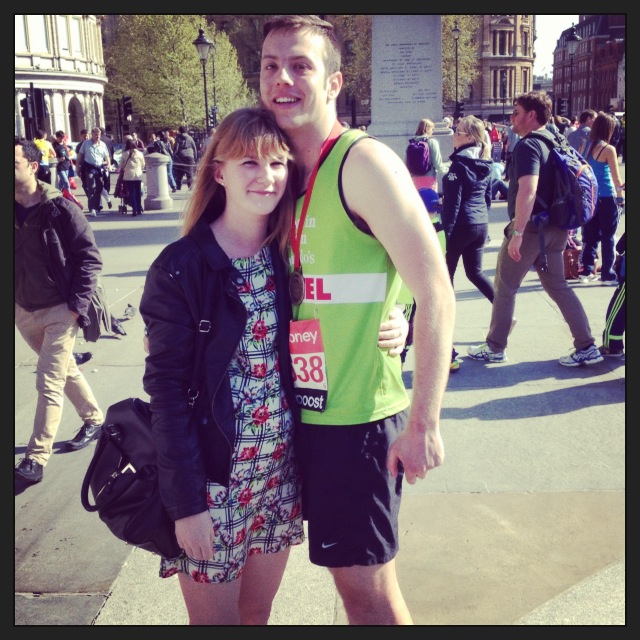 According to a Facebook status my new year’s resolution last year was to drink less in 2014, I think that was written
during a horrendous hangover after a New Year’s Eve involving a lot of Rosé and several Tequilas.

But as one year comes to an end and we head into the start of the next, aside from obviously being an excuse for a party and consuming copious amounts of alcohol, it does become a time for reflection, to look back on the year and where it has taken you. Obviously in reality not much changes as the clock strikes midnight except the date, but I think looking back over the year helps you to prepare for the next and think about where you want this one to take you. When I looked back on 2014 I realised that in many way it had been a bloody big life changing year for me; a year I finally became a real grown-up adult.. kind of.

Over 2014 I went on some pretty amazing holidays including New York and Marrakech, I went to my first festival abroad in Croatia and finally saw the Eiffel Tower! I had an Oscar-esque selfie with Hollywood hottie Bradley Copper! Plus, I was made redundant…. twice. But I also ended the year with a job, although only part time and freelance, that finally feels like I am back on a path towards the career I want to be on – albeit an extremely long and winding one.

But the real life changer for me last year started at the beginning when I met a boy.. and continued throughout the year as we dated, he took me out for my first Valentine’s Day date *cue the violins* fell in love and moved out of our homes and in together!

Since moving home from uni, which when I went  I naively never thought I would do, sure I’ve talked about moving out an

d even made a few small efforts towards actually doing it, but it is so easy to get comfortable at home. Here I didn’t have to think about much more than where I would go out drinking on Friday after work. But it is also hard for young people to get on the property ladder and many now live at home out of necessity. Rent can feel like throwing away money; whilst working in London I looked at a few r

ooms, but couldn’t bring myself to spend £700 for a tiny room, in a grimy house in a dodgy area. However, I have lived at home like a teenager for far too long; much longer than I planned. As I see friends get engaged and married, moving out and having kids, living at home made me feel extra young and childlike. And they do say everything happens for a reason; now I pay less for a whole flat .. with a balcony which overlooks fields and lakes and it’s lush!

Moving out forces you to grow up and become an adult. Not as in I’m so grown up, I’m moving out of home for the first time and going to live at uni on my own.. staying up all night drinking just because I can and no one is there to tell me I can’t. But as in an actual grown up living with my boyfriend. Not only that I have also moved completely out of my comfort zone … to a random place I had visited once; without knowing anyone and with no job to go to. Something I never thought I would do.

It takes time to adjust and get the balance of how you spend your time right. I have list upon list of everyday chores that I actually need to do now; seeming to always be  thinking about bills, food shopping, cleaning.. things you can take for granted at home. It also takes time to get use to living with each other, and seems a hell of a lot more serious and grown up than living with a group of friends at University.

But, as much as I was desperate to move out of home and gain complete independence, I now miss it in many ways.. and that is not just having my washing done for me, although that was a major perk! I miss my family, my friends and my puppy in particular so much; I have fish but cuddles with them just aren’t the same, in fact they are noticeably slimier.  It is easy to take things that are always there for granted and realise how much they really mean when they are not. I cried all the way here and several times since I have been here and I have no idea why. It’s not like I don’t want to be here, I was far from held at gunpoint and forced to do it. I chose to do it. But it is hard and scary to grow up and venture into the big wide world alone. But at the same time it is also exciting and fun and a comfort to be doing it with someone that you love.

Although I hate to admit it to myself I’m not a child anymore that needs to be looked after  by my parents, I’m 27 this year. Not that I feel like an adult and definitely not what I imagined when I was younger and 27 seemed so old and grown up. When asked at school where you would be in 10 years from now, I couldn’t be further. In the dream world of 16-year-old I would own a house, be well-established and high up in my career and earning loads of money! Reality isn’t quite the same, but you get there, sometimes it just takes a bit longer.

If you had asked me at the beginning of the year where I thought I would be by the end it was definitely not here, but I am so pleased it is! Change and the unknown can be equally scary as it is exciting. But I’ve finally done it; I’m now doing grown-up things, learning responsibility and how to look after myself.. I’m officially an adult or at least playing at being one. I’m excited to see what 2015 has in store. I have a lot of exciting things planned and a lot of hopes and goals for this year. Including *fingers crossed* finally getting a full time job doing what I want and hopefully not getting made redundant again.

So my New Years Resolution this year, along with the usual eat healthy and get fit we all make that last about two weeks into January is to learn to cook, to continue my steps, albeit baby steps, towards becoming an adult. I think at 26 it is probably about time, and with all the dinner parties I am about to have in my new adult life it would probably be better to serve up more than beans on toast .