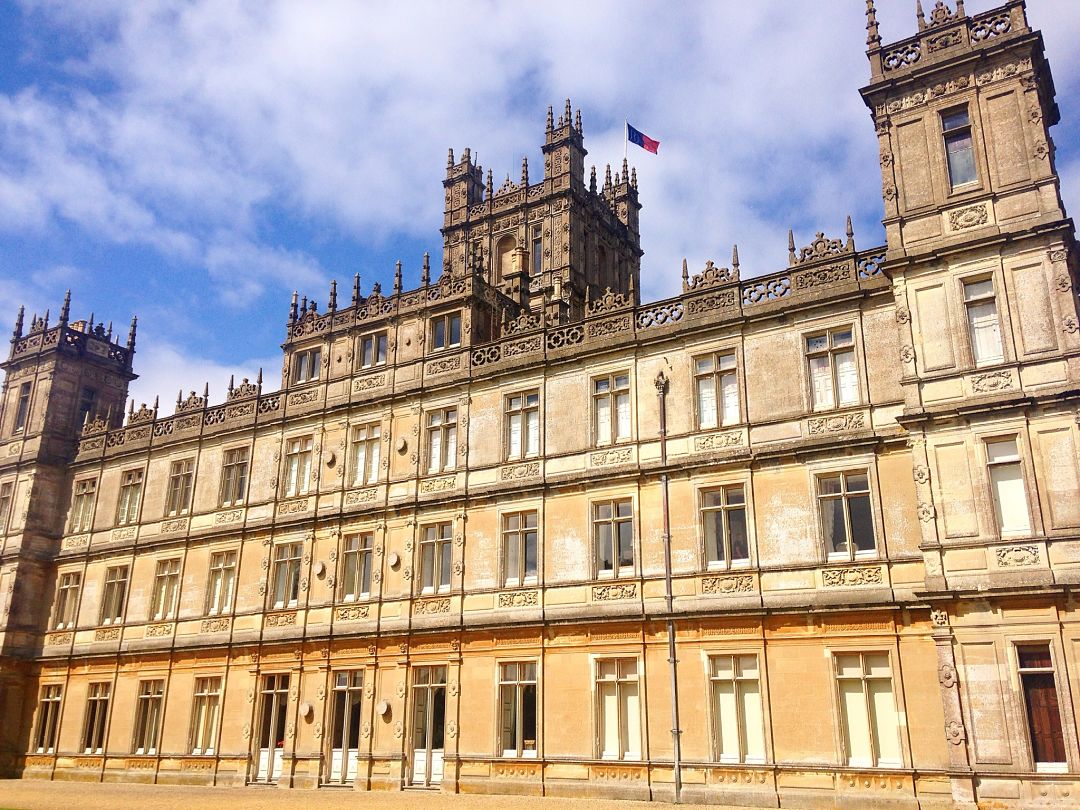 In 2010, while doing work experience at my local paper, I accompanied one of the journalists to interview Jessica Brown Findlay ahead of her first role as Lady Sybil Crawley in Downton Abbey. At the time we knew little about this new period drama or the success it was set to have.

I watched the first episode, primarily because I was both excited and intrigued to see someone I had watched being interviewed in real life, on my TV screen. But, that was it, we were hooked, my mum and I sat down every Sunday night to watch it together.

Highclere Castle, the setting for Downton Abbey is located in Berkshire just 50 minutes from our family home, and since hitting the big screen, has become an incredibly popular tourist attraction. Unfortunately this, coupled with the short period it is actually open to the public each year (10th July – 7th Sept, Sunday to Thursday), means getting tickets isn’t easy. I had tried several times to get them before I did and they were always sold out – but finally I got my hands on a pair… just in time for Mother’s Day. About five months later we were making our way down the long driveway towards the magnificent house, feeling like we were in the opening credits of the award-winning drama.

You can choose either morning (10.30am – 1pm) or afternoon (1pm – 4pm) admission to the castle. As we had opted for afternoon entry, we started our visit by exploring the grounds that surround it.

We walked through the walled garden, into the secret garden and back through the wild flower meadow – one of us far more interested in the colourful flowers that lined them, than the other… Finally it was time to go inside – we entered through the front door and walked straight into the instantly recognisable Library, where a significant amount of filming took place. From there we made our way through The Music Room, The Drawing Room, The Saloon, The Dining Room, The Galleried Bedrooms and finished by walking down the grand sweeping Oak Staircase.

As you go through each room, large canvas images show scenes that were set there, helping you to picture the room as it was in the show. However, although you can explore much of the ‘upstairs’ the fictional ‘downstairs,’ where the servants spent much of their time, was actually filmed in a studio in London.

While Downton Abbey is home to the Crawley family, Highclere Castle is home to Earl and Countess of Carnarvon and you can see many of their family photos as you make your way from room to room.

The castle itself was designed by Sir Charles Barry in 1842. Barry was also the architect of the Houses of Parliament and you can see many similarities between the styles of the two buildings. Our visit lasted around four hours, which included exploring the grounds before having lunch, then walking round the house followed by afternoon tea. However, you can stay for as little or long as you would like.

There are three tea rooms, a gift shop and this year there was an Egyptian Exhibition, which you could buy tickets for separately, although we chose not to.

Click here if you fancy finding out more about the castle or visiting for yourself.

Can’t make it to the castle? Download the Highclere Castle app which, narrated by Carson (aka Jim Carter), allows you to explore the history of the castle, its rooms and treasures and discover what it is like to live and work there.

If you would like to see more from my day at Downton check out this video.

* Tickets to the Castle and grounds are just £15 each!