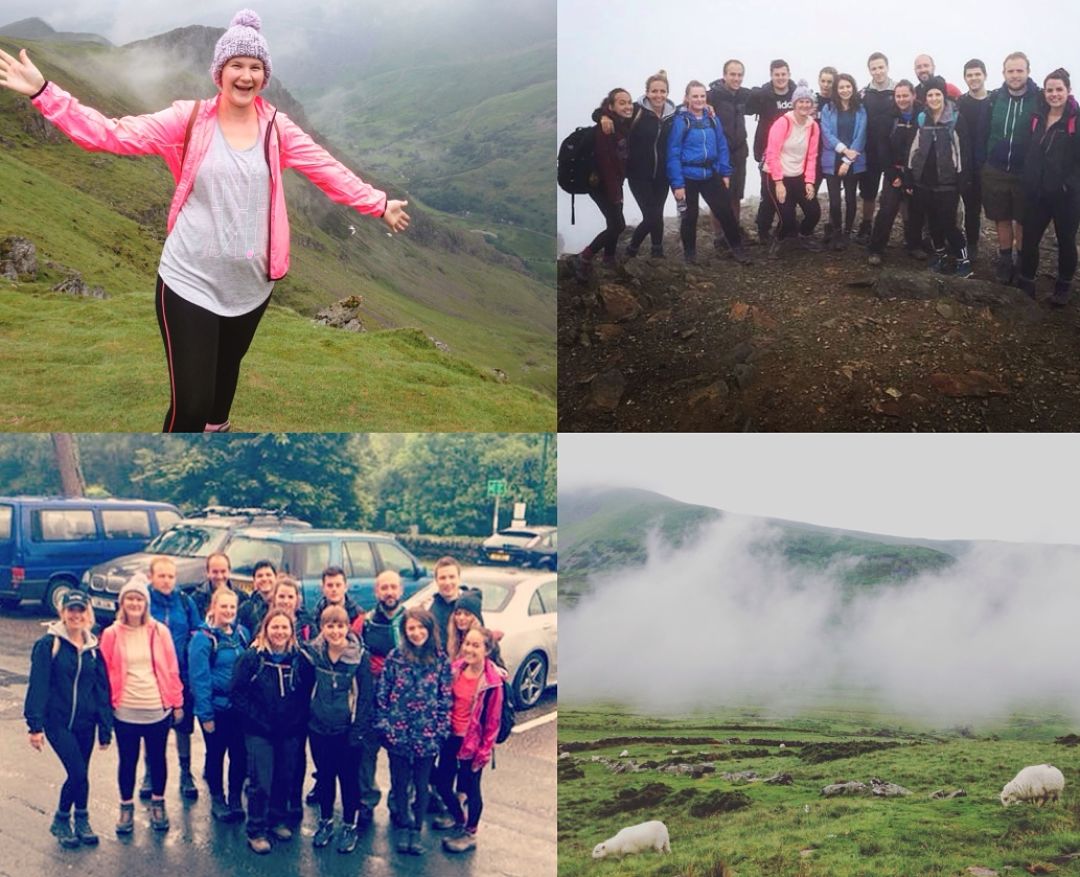 There are now an estimated 2.5 million people living with cancer in the UK and this number is only expected to rise, according to Macmillan. Of those affected by this life threatening disease, around 160,000 will die each year and by 2020, almost one in two people are expected to get at least one of 200 potential cancers at some point in their lives.

These statistics are terrifying – cancer is a disease that affects the lives of each and every one of us in one way or another. This is why Cancer Research UK is Zazzle Media’s chosen charity for 2016 and why, at around 3pm last Friday afternoon, 15 of us were making the 5 hour journey, to climb Mount Snowdon in Wales. I personally had never done anything like this before and grew increasingly nervous as the day approached, primarily due to my extreme unfitness!

So, why did I choose to do it, you ask? Well, partly because I had always wanted to do it and what better opportunity than with a large group of colleagues, partly because I wanted to challenge myself and prove I could do it, but mostly to help raise money for Cancer Research – a charity close to my heart.

Plus, with the climb announced at the end of February – to take place at the beginning of June – I would have over three months to train. Fast forward those three months and not an awful lot of training had taken place – I had however bought walking boots and started to wear them in, so I wasn’t completely unprepared.

So, after *some* sleep we were up bright and early on the Saturday morning and left our hotel, situated at the bottom of the mountain, just after 8am, to discover a drizzly, misty morning. But a bit of rain couldn’t dampen our spirits and we set off to begin our ascent…

That was until we discovered the road we had to take to get to the path was so steep it felt almost vertical – at which point many of us felt we may have underestimated what we were letting ourselves in for.

We pushed on and as the rain cleared, the path became slightly more manageable – although by this point I had sweated so much I looked like I had been caught in a torrential downpour and could barely breathe, so rain probably would have been a welcome relief.

The scenery that surrounded us was beautiful, which definitely made it that little bit easier.  As did the man, more than double my age, that ran past us – yes, you read that right – he ran up Snowdon! And he was’t the only one. While thinking these people were absolutely mental, it also encouraged me – if they could run it, I should definitely be able to walk it. On reaching the halfway point, I naively thought the worst was behind us. But, of course, I spoke to soon and as we turned the corner we saw the steep rocky paths that lay ahead of us. It was at this point I turned to a fellow climber to say that I wished we were doing the easier path. It turned out we were. Originally we had been doing the Pyg Track, but this had been changed to the Llanberis Path at the last minute due to the location of our hotel. And for this I was incredibly grateful, because on seeing how some of the other paths arrived at the top, I’m almost 100% sure I wouldn’t have physically been able to do it. On arriving at the top, the weather was once again not on our side as, unfortunately, we were unable to see anything. I did however see a photo whilst we were up there of how the view should have looked and it was definitely breathtaking. Just a shame it was hidden behind so much cloud.

Going down was almost harder than going up – thankfully I could actually breathe, but my quivering legs coupled with the pressure on my knees, ensured I felt like I could topple over at any minute. It was definitely one of the most difficult things I have ever done in my life, but it was also an incredible experience, a great achievement and something I feel very proud of. I might regret saying this, but I think I will have to do it again – if for nothing else but to see the view. Although, currently my legs would tell a different story as I hobble around like a pensioner… We smashed our target of £1000 days before the climb, but do not fear – you can still donate here and help us raise loads of money for this very worthy cause and make each and every one of our many blisters, worth it.