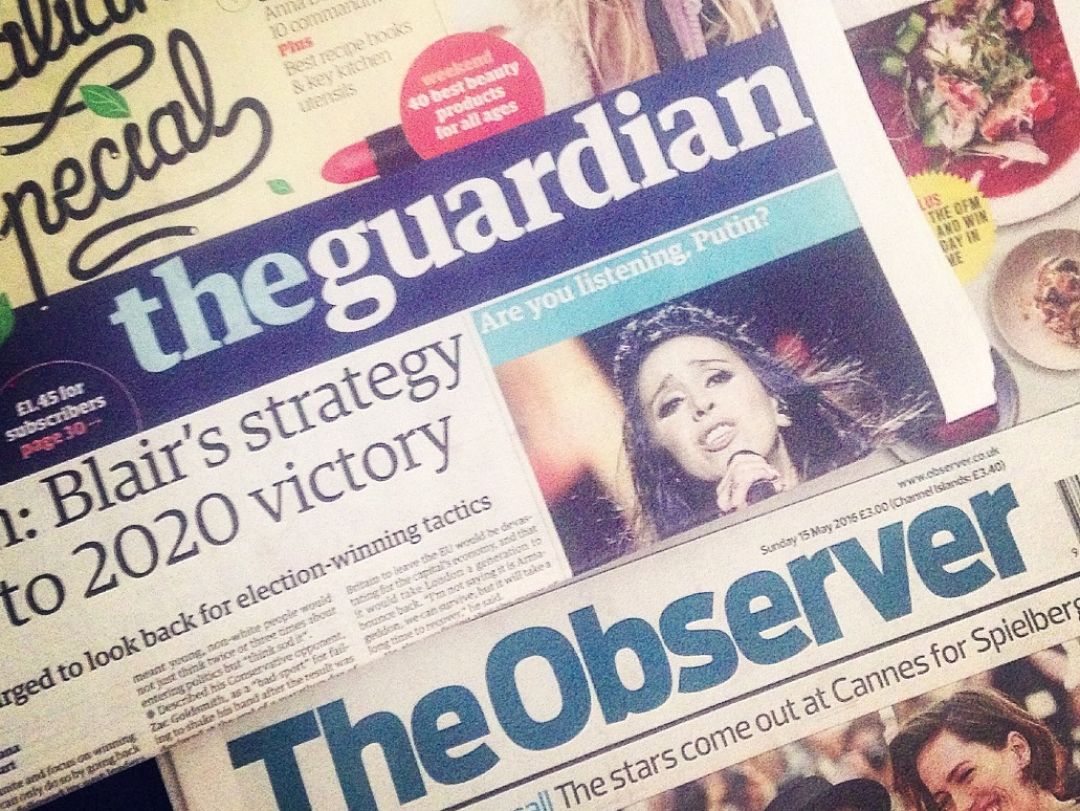 On Sunday morning I was up bright and early, at a time that, to me, felt like the middle of the night. But, in reality it was just after 6am and this particular morning I was excited to be meeting my content colleague Jade at Peterborough train station – for a day we had eagerly been anticipating for several months.

So why were we up SO early on a Sunday you ask? Well, I won’t leave you in suspense any longer… we were heading to The Guardian in London for a  workshop, where we would be learning how to write compelling features, with Freelance Journalist, Will Storr.

I regularly write features within my role at Zazzle Media, but whilst I absolutely love doing them and actually it is probably one of my favourite parts of the role, it is also the part I have the least experience in. So, what better way to develop this skill, than with a Guardian Masterclass!

We arrived at Kings Cross and, just a few minutes walk later, we were at the doors of the large glass building which houses The Guardian and The Observer.

After receiving name badges and waking up with a cup of tea, Jade, about 14 others, and I were taken up to a meeting room where we met the features writer who would help us brush up on our writing skills.

Will Storr isn’t just any features writer though, he is an award-winning one, having been named New Journalist of the Year, Features Writer of the Year and receiving the One World Press award in 2012. You can often find his by-line in the likes of the Guardian Weekend and Observer Magazine, to name a few.

So, with no doubt in our minds that we were about to be taught by a talented writer, we started by introducing ourselves and explaining why we were there and then it was time to get stuck into feature writing.

The day was set to look a little bit like this:

Here are some of the key things that I took away from the day and now plan to implement into my own feature writing:

There are different types of features, including:

It should be made up of three parts:

When you are writing a feature you are effectively telling a story – people love gossip, it engages them in your narrative, particularly when there are sudden changes to the story that they are not expecting.

To give an example of the above Will told us about when he wanted to delve into the world of male escorts, from a Journalism perspective of course, and rather than writing about male escorts in general, he met with the highest paid escort in the country and told his story. You can read that feature here.

A feature doesn’t just tell the facts – it goes much deeper into the emotions.

If possible these interviews are always better in person as you can see their body language and ask unusual questions that will help to recreate moments that the reader can then almost become a part of.

Once you have done all your research, and are about to start writing, create a ‘Logic Map’:

This is when you break down everything you have got into a bullet point list. This will not only help you decide what needs to be in your story, but also assist you as you turn it into a flowing narrative of cause and effect.

First ask yourself, what is my crisis / moment of change… how will I open my story? Next make sure there is no repetition and that one thing leads nicely on to the next. It should be simple and straightforward.

If you need help with this imagine your feature is a Hollywood movie – what would be the key scenes? How would they all look together? Then, when you are ready to write, start by imagining you are at the pub with your mates – how would you be telling the story to them?

From the very beginning your crisis should transport the reader right into the moment, by using specific detail and emotion. Creating a picture so the reader can really imagine the scene you are setting for them.

Then it is back to the start of your story and into the struggle – followed, of course, by the resolution.

If this is first person it could be you trying to work out how you feel about the situation and finally changing your perspective on your preconceptions (you had during the crisis at the start) or explaining what you have learnt.

That is just a snippet of what we learnt across the day but, of course, this was a workshop – not a lecture. So we each took with us a feature idea and together shared and developed them. We also took some time to look through The Observer and each chose a news story. We then took it in turns to explain how we would use this short news piece and turn it into a feature.

Finally, with our brains ready to burst with ideas, the day came to an end, and we left The Guardian offices with a new perspective on how to write features, that we would take back and use in our own day-to-day feature writing.

The Guardian regularly hold a variety of masterclasses, so if you have been inspired and fancy trying one for yourself, you will be able to find one to suit your skills here.