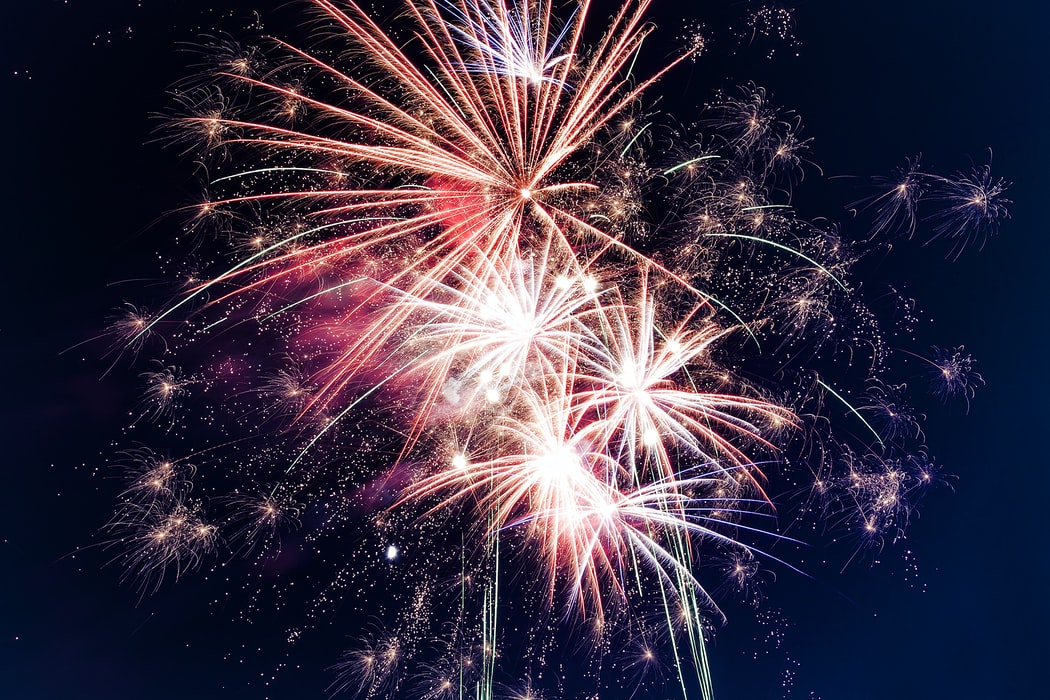 Remember, remember the fifth of November… is actually quite a terrifying night for a lot of animals.

Each year, thousands of people wrap up warm to head outside and watch in awe as fireworks shoot up into an explosion of bright colours high above their head. However, those loud bangs and flashes of light that we ‘ohh’ and ‘ahh’ over, can be incredibly frightening for our pooches. So those with dogs may well be at home, trying to comfort their four-legged friend instead.

That’s what we have to do every year with our staffie –  who remains, panting, shaking and inconsolable long after the firework display has come to an end.

Fireworks were never an issue for her, in fact she used to watch them from the window. But, an incident a few years ago has resulted in her being incredibly anxious of loud noises. This affects her throughout the year but never more than when fireworks go off.

She’s not the only one – around 45% of dogs show signs of distress during fireworks, according to the RSPCA. Sadly, last year, a puppy died of a heart attack caused by the sound of fireworks.

Signs your dog is anxious, include:

But, it’s not just dogs, of course. Other animals show distress during fireworks – across household pets, farm animals and wildlife. This included 54% of cats and 55% of horses. Since 2010, the British Horse Society has reported 20 deaths, 10 severe injuries, and 88 mild to moderate injuries. Across four years the RSPCA has received 1,543 calls about fireworks and the impact on animals. Last year the animal welfare charity was called out to a horse that became impaled on a fence after becoming frightened by fireworks.

A poll, also by the RSPCA, found that 85% think public fireworks should be licensed. A campaign by the charity – Bang Out of Order is asking, not for total ban on fireworks, but regulations to protect animals. (You can read the full report here.) This includes restricting the private use of fireworks to traditional dates including the 5th November.

Last November, more that 100,000 people signed a petition calling for the sale of fireworks to the public to be banned entirely and for them to only be allowed at professional displays.

Dogs Trust said: ‘‘We congratulate Sainsbury’s on their decision not to sell fireworks this year and would encourage others to do the same. Although they can look beautiful, fireworks can be very distressing for dogs when let off unexpectedly, and because they are so easily accessible all year-round, dog owners are on tenterhooks as to when their beloved pooch will next be frightened. To reduce the distress caused to dogs we would like their use restricted to licensed public displays at certain times of the year or organised events, which are well publicised. This will enable owners to take steps to prepare their dogs ahead of any fireworks events.’

Those who agree and want a ban on fireworks have been called ‘spoilsports’ but if you’ve seen how quickly – and severely – an animal can become distressed by the noise then you might understand why.

No one is calling for a complete ban on them but if they are kept to organised events, rather than going off at any moment, then dog owners can prepare effectively and minimise the impact it has on their pet.

Tips to calm your dog during fireworks

Bonfire Night, New Year’s Eve and any other night that fireworks are let off can become incredibly stressful for both dogs and their owners – far from the enjoyment they are intended for. So, if you agree with the RSPCA and think regulations should be changed, you can join the campaign here.