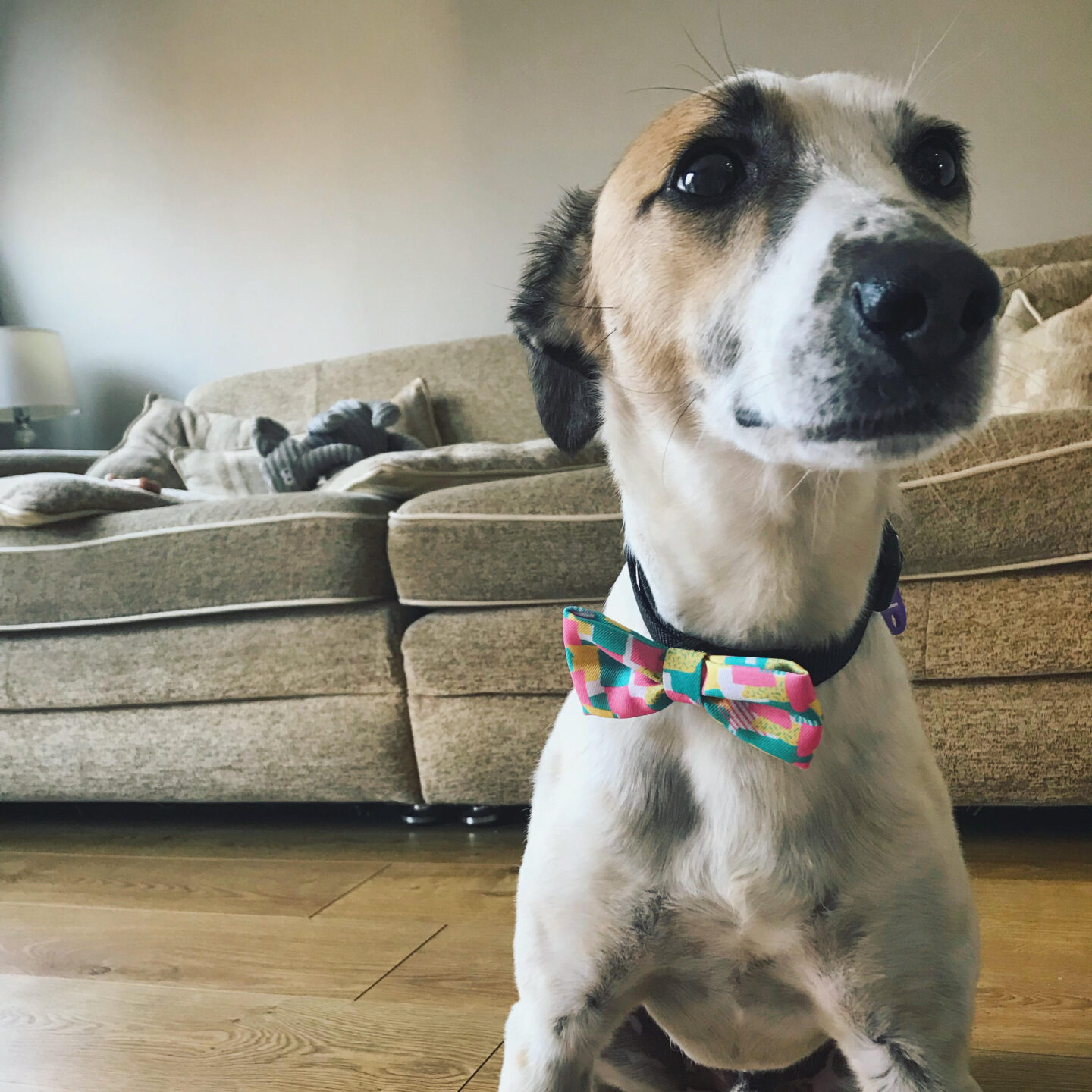 Nearly four months after I left the office to work – and stay – at home for the foreseeable future, I couldn’t be more grateful for the decision I made in the first week – to foster a dog.

Since moving out of my family home where we have had a dog for as long as I can remember, I’ve been desperate for one of my own. The only thing that had been preventing me from doing that wasn’t going to be an issue for the foreseeable future. So, with lockdown imminent, I had started looking into fostering. If there was ever a better time to offer a dog in need a home, it was now.

I wasn’t the only one – Battersea Dogs and Cats home rehomed more than twice as many dogs and cats in the week before lockdown as it did in the same week the year before. This was 86 dogs and 69 cats, to be exact. Then, on the Sunday before lockdown it had 1200 applications – which was record numbers. This was the same at rescue centres across the country including the RSPCA and Dogs Trust too.

We rescued Vimto- or Vinnie, as he’s become known to us – a whippet cross from my local rescue centre where Dan I had been walking them for just over a year. We had actually walked the six-year-old about two months before and absolutely adored him. He is the most affectionate little man that loves people. Our hearts broke to watch him go back in his kennel and the distress that clearly caused him. But, while we knew we wanted to use this opportunity to help Vinnie escape the confines of his cage, I didn’t know quite how grateful I was going to be to him while confined to my four walls.

I’ve always known dogs are beneficial for mental health – but never realised quite how much I’d need that when we went to pick him up. I, like many, have really struggled with the situation. Even though I’m well aware I am one of the incredibly lucky ones in so many ways, it’s still been very difficult to deal – with both the global pandemic and the subsequent lockdown – mentally. As someone who is emotional, overthinks and worries at the best of times, that has only been accentuated during this strange time.

As tears rolled down my cheeks – at the sad news, the stories of kindness and at absolutely nothing at all – his soft wet snout nuzzled into my side and big brown eyes looked up at me. Dogs always seem to know when we need comforting, don’t they? He’s provided companionship that has been needed now more than ever before – especially during the days I’ve spent alone. He relies on us, and has therefore given us something to focus on and provided a routine we were lacking.

Sadly, Vinnie had been returned to the rescue centre three times and had known very little life outside of it. We knew that he would need training and that we would need to have patience.

I’d be lying, however, if I said we hadn’t become frustrated and once or twice said we would take him back to the kennel if we hadn’t agreed not to. Finding he’d been to the toilet (and walked it across) our lounge – and then cleaning it – at 5am, having to rush off from a video conference call as he smashed the ornaments on the windowsill while trying to jump in from the garden and a quite traumatic incident with a hedgehog being just the beginning.

But, he is actually a very intelligent, obedient and well-behaved dog that has learnt – and settled in – quickly. However, as with most rescue dogs, he isn’t without issues. He was quite anxious when he came to us – that has eased with each day he has been here and almost disappeared completely now. Our main and ongoing issue for the last few months has been how reactive he is to other dogs – it made walks quite stressful. It also meant that despite living next to some beautiful countryside walks we spent much of those months walking a loop around a nearby business park with the hope of not bumping into one. However, as lockdown eased we were able to see a behaviourist and after one visit could see that this final hurdle could be overcome too.

He has come so far since we picked him up and however stressful it’s seemed at the time, it has been lovely to watch him develop and we feel a huge sense of achievement to have been a part of that. With that in mind, I’m also grateful we had this time to dedicate to him that perhaps his other homes didn’t.

Plus, it’s been in all these moments – that, of course, pale in comparison to the global pandemic, that we have been distracted and occupied – able to, although fleetingly, forget this surreal situation we have found ourselves in.

You could say this situation has given us the opportunity to save him and give him the love and affection he deserves. But, the truth is – he has done far more for me during this time than he’ll ever know.

We agreed with the rescue centre when we picked him up that it wouldn’t be fair for him to be brought back for a fourth time and so always intended to foster him until he found a home. ‘A dog is for life, not just for lockdown’ after all. But, we think he may have already found his home.