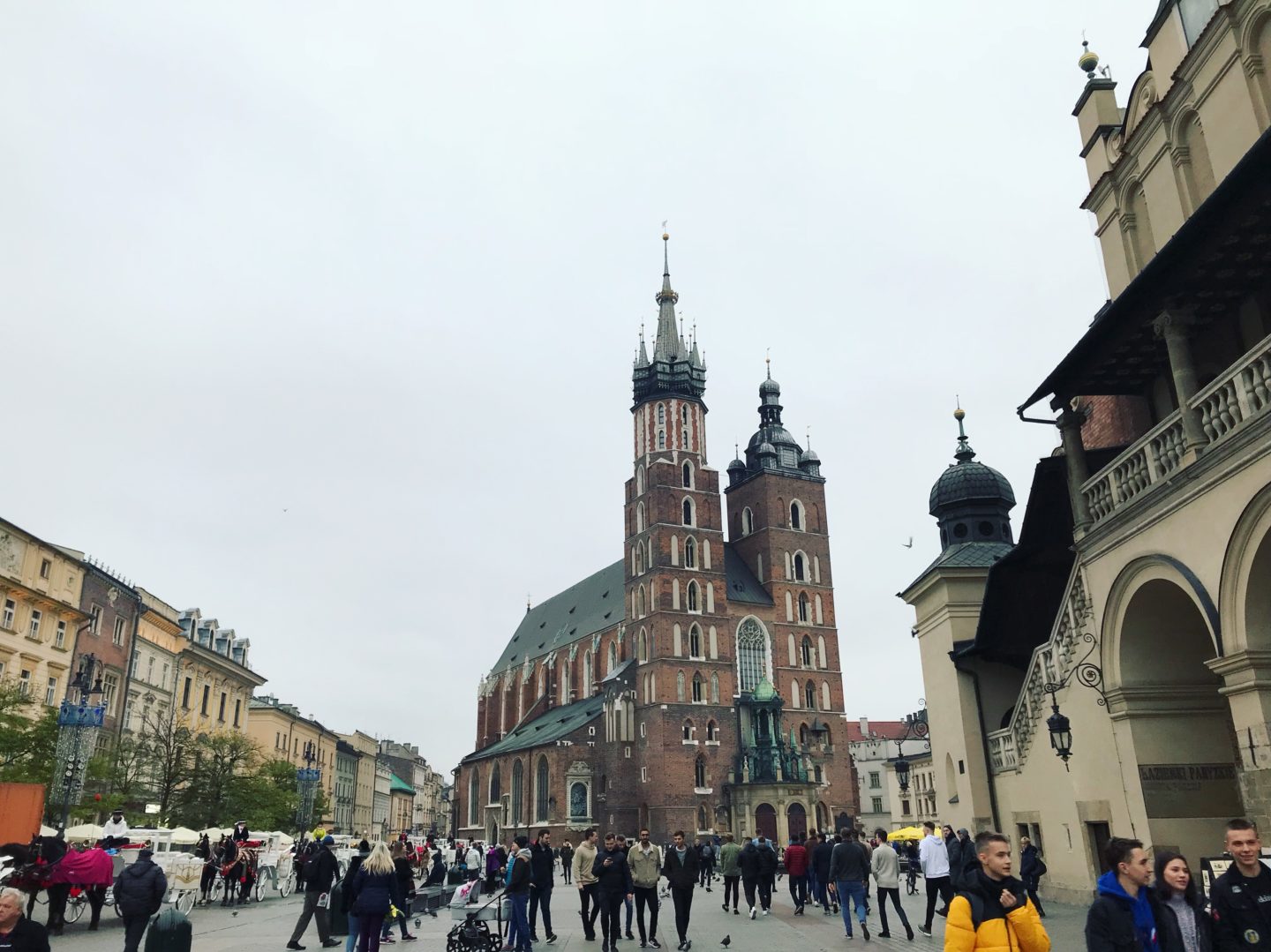 A few days before flying out to Krakow in November, it was named the best European city break for the third consecutive year. This was part of a survey by the consumer group Which? that awarded it a score of 93% based on average airfare and hotel rate, accommodation, food and drink, cultural attractions, ease of getting around and lack of crowds. Plus, five stars for value for money.

Rory Boland, Which? Editor, said in a press release: “With a palace on every corner and a plate of pierogi and a pint of Pilsner costing under £10, it’s no wonder Krakow continues to top our survey.”

My mum and I didn’t need to be in the city for long to see for ourselves why it was named the best city break in Europe.

We stayed at the Golden Tulip which was conveniently located just a couple of minutes from Planty, a garden that encircles the Old Town and its Main Square. Our Autumn trip meant the golden leaves were falling from the trees, providing a beautiful blanket of burnt orange on the ground. You can walk the entire circumference by following this tree-lined path, stopping at one of the benches to watch the world go by.

Our trip started with a stroll around the city, taking in its famous landmarks including Wawel Castle, St Mary’s Basilica and The Cloth Market. St Mary’s Basilica dominates the Main Square – not just due to its impressive facade but because your attention is drawn to the imposing Gothic church every hour, when a trumpet plays a tune out of the window high above your head.

The square is filled with glass-walled restaurants, decorated with fairy lights and lush green foliage which creates cosy surroundings while blankets draped over chairs to wrap yourself up in and patio heaters, keep you warm. Ideal to enjoy views of the square as you tuck into a tasty meal, even on cold winter evenings.

Italian cuisine is popular here – bruschetta and pasta was on the menu for us most evenings. This tends to be slightly cheaper outside of the square although you, of course, don’t have the picturesque backdrop. The most mouth-watering meal we had was in The Piano Rouge. This underground restaurant boasts unique decor and live music every evening.

As well as exploring Krakow, we booked a day trip to Auschwitz. The remains of what you have read about in the history books is suddenly right in front of your eyes. Yet, it’s still hard to comprehend what happened here. Our guided tour started at Auschwitz I, walking through the gates that above your head read ‘Arbeit Macht Frei’ – ‘Work Sets You Free’ and then followed the train tracks into the second concentration camp, Auschwitz II – Birkenau. It was surprisingly warm the day we visited, especially for the time of year. I even removed the coat that I’d been wrapped up in since arriving a couple of days before. But, this warmth outside only heightened the chill we felt when walking through the buildings that housed primarily Jews and the gas chambers they were inevitably taken to. Although a harrowing experience, it’s an important one. As one of the signs reads: “Those who do not remember the past are condemned to repeat it.”

Top Tip: We used ‘Get your Guide’ to book the day trip to Auschwitz as well as transfers to and from the airport. I hadn’t used it before but everything went incredibly smoothly, so I would definitely use it again.

If you are planning a city break, then why not make it Krakow. As Boland also said: “To those holidaymakers still stuck on Amsterdam, Paris and other classic European destinations, try Poland for your next trip to find food, hotels and sightseeing that’s just as good but at half the price”