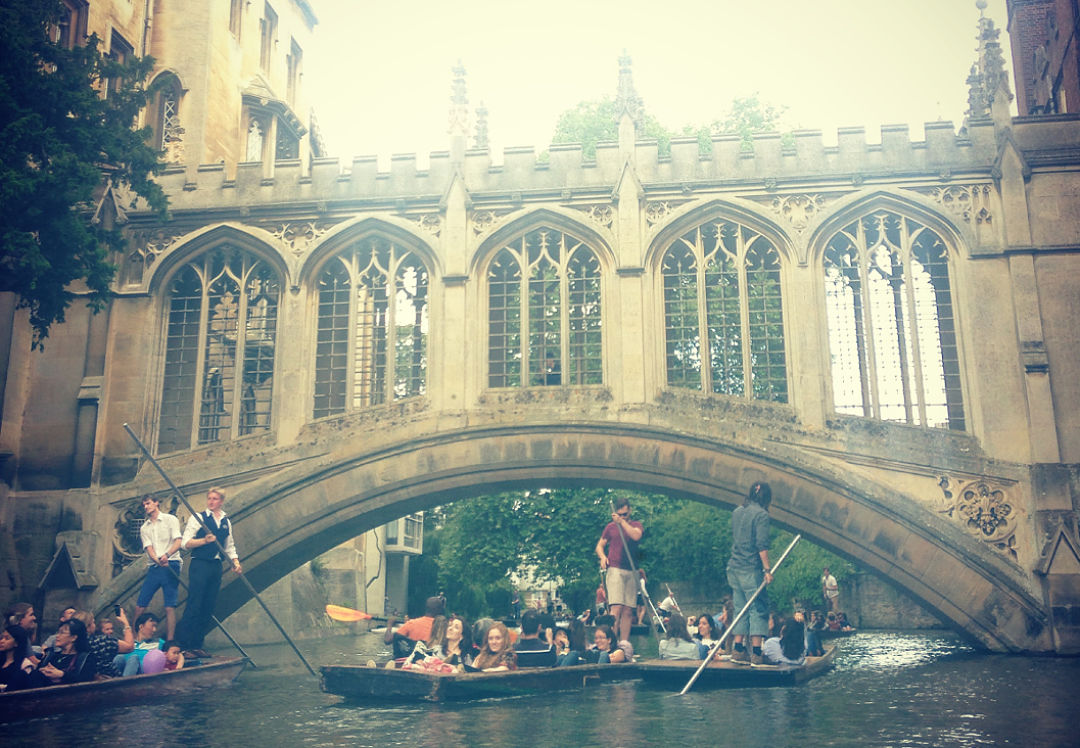 So, to celebrate / commiserate turning yet another year old, Dan I headed to Cambridge for the weekend. Since moving to Peterborough, Cambridge is only 40 minutes from me and having never visited before, I have now taken 2 day trips there to do a little exploring. It is the most beautiful city, so I was very excited when Dan told me this is where we would be spending my birthday weekend.

He had also planned a surprise for me here. All he had told me was that I might be scared. Good!? I mean who doesn’t want to be scared on their birthday.

While my brain had run away with thought of swimming with sharks and jumping out of planes, it turned out we were actually going to be chocolate making – which I guess would have been pretty scary for my waistline. But, unfortunately, it got cancelled the day before we went.

Despite not being able to stuff our faces with chocolate we had a fabulous weekend, here are a few of the highlights. It is easy to forget that we can be a tourist in our own country. I don’t think we spend enough time doing it; exploring like we would in a new and exotic land abroad. But, there is so much to discover right here on our doorsteps. I have lived so close to Cambridge for nearly two years now and know so little about it – so we spent much of the weekend walking – discovering quaint side streets, the picturesque riverside as well as the stunning architecture that dominates the city. I love a rooftop bar and have been to several in London but didn’t know there was one in Cambridge. We went to the Varsity (Hotel and Spa) rooftop bar and enjoyed spectacular views over Cambridge whilst sipping on an English Garden cocktail.

This bar is located on the edge of the River Cam in the heart of Cambridge, enabling you to take in the whole of this historic university city, as you make your way through an extensive cocktail menu, of course! I have heard rave reviews about this restaurant and am a huge lover of steak, so we were in no doubt of where we would book for dinner. It didn’t only live up to my expectations, it surpassed them! We, of course, both had steak and I would go as far as to say it is the best meal I have ever had! Although I had been drinking wine and cocktails, so that could have something to so with it. But, it was genuinely so delicious that I didn’t want it to end. Another day, another restaurant. This time we were at Smokeworks – another restaurant that had been highly recommended to me. Situated just a few doors down from CAU, this restaurant sells classic BBQ food and once again we were not disappointed. Whereas CAU had more of a modern interior, this was a bit more rustic. What I though was particularly cool about this restaurant is that you have a dial at your table, which you turn when you require service – and they are there moments later. This way you don’t have to wait around when you are ready to order or wanting to leave, but you also aren’t been hassled while you eat. You can’t go to Cambridge and not go punting! The River Cam runs through the heart of Cambridge, making it the perfect sport to take in the sights. During the 45-minute chauffeured punt tour (you can take one out on your own, but we weren’t risking getting wet…) you can see the likes of King’s College Chapel, The Wren Library at Trinity College and the Bridge of Sighs.

We did this on Sunday evening and the river was jam-packed with punts – both chauffeured and those that were brave enough to take it out on their own – many of whom were wobbling, as they stood at the back, to such an extent that we were surprised we didn’t see anyone fall in.

Ideally you may want to do this during a quieter period – if there ever is one – because although it didn’t really take away too much from the experience, it was hard to hear what our guide was saying among all the other ones.

If you haven’t been to Cambridge then you should definitely go, I for one am already planning my next trip…