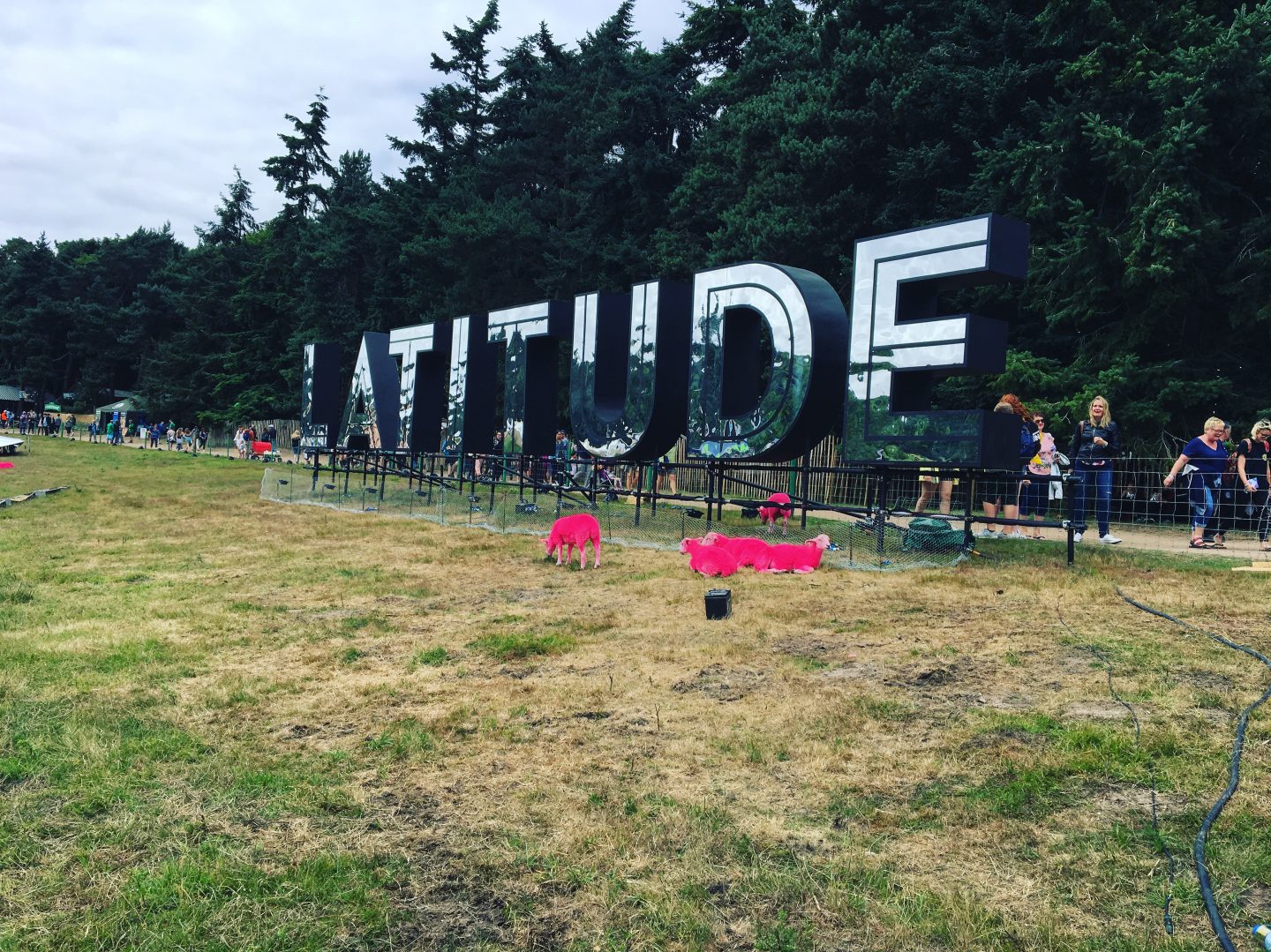 On our mission to try as many different festivals as possible, this year we headed to Latitude, in Suffolk. Starting just three days after my birthday we thought this would be the perfect way to celebrate plus it is located in Suffolk, just two hours from where we live – slightly closer than the trek we made down to Boardmasters last year.

Before we made our way to Henham Park I downloaded the app – I haven’t used a festival app before, I usually just buy the programme when I get there and look at it day-by-day. But, this year I saved myself £10 and actually found using the app incredibly useful. Ahead of the festival we starred everyone we wanted to see, it then listed them in the order they were on and sent you a notification with a 15 minute warning before they started. This really helped ensure we didn’t miss anyone we really wanted to see! You enter the festival itself under a canopy of woodland trees and cross the bridge over the lake. By day this is lined with bright pink sheep grazing under the large letters that spell out Latitude and filled with those brave enough to swim in its cold waters. By night a sprinkler is used to project colourful moving images and quotes.

There is so much to explore and discover around the lake and woodland and far more to this festival than just music – I think we spent more time in the comedy tent than we did watching bands. Here we saw the likes of Dara O Briain, Reginald D. Hunter, Joel Dommett and Katherine Ryan – with Brexit and Trump the butt of many of the jokes. In fact, being a hot topic at the moment, politics underpinned many of the performances across the festival.

Besides comedy and music there was also a wide array of theatre, poetry, dance and literature. To make the festival as accessible as possible, sign language was available at many of the performances, particularly in the comedy tent.

The Friday and Saturday night were headline by The 1975 and Mumford and Sons – both of which I had wanted to see for a very long time and they didn’t disappoint.

Matty from 1975 said: “if the world was like it is at a festival everything would be OK” – then got the crowd chanting “Oh Jeremy Corbyn” before apologising to any Tory voters who had paid to see him sing about the Labour leader – whose face later appeared projected on the sprinkler over the lake. There were gondola rides available on the lake which meant Katherine Jenkins could gracefully sail across to the stage situated on the water as she sung Hallelujah. Which, I won’t lie, with her beautiful voice and the spectacular setting, felt quite emotional.

This was the most laid back, chilled and family friendly festival I have ever been to – to give you some idea of what it is like many of the comedians jokes suggested that the audience were middle class, shopped at Waitrose (which was there), were vegan and spent their days at spinning classes.

I have always loved the idea of taking my own children to a festival one day and this would definitely be top of the list. If you fancy taking your family tickets are already on sale for 2018!