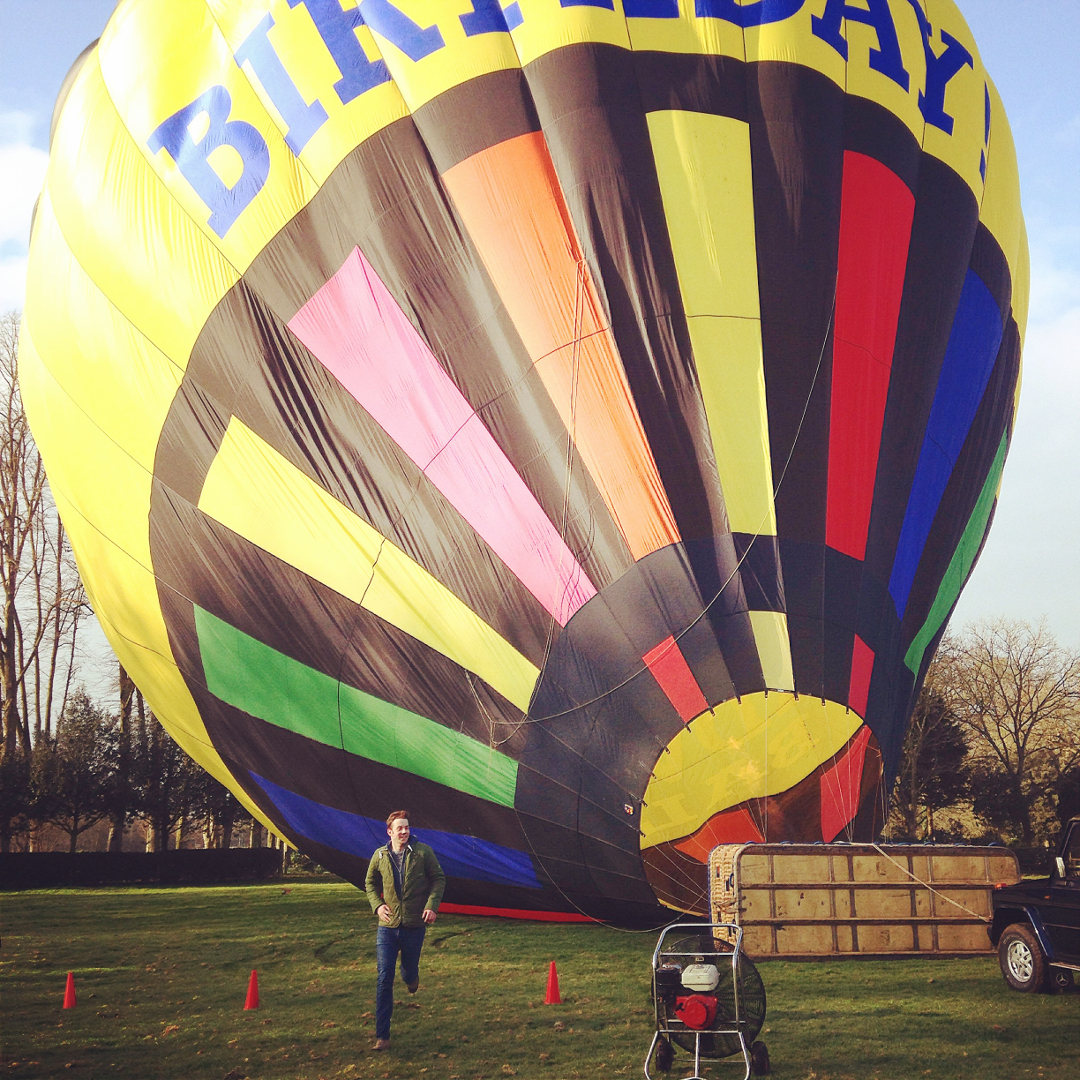 If flying over England in a hot air balloon is on your bucket list then it is one thing you should definitely get ticked off this year. (or next, depending on what the weather decides to do!)

As this was something on my boyfriends list I decided to get it for him for his birthday last June so we could tick it off together. Although I realise I probably peaked a bit early with my first present, and a pair of novelty socks aren’t going to seem quite as exciting this year!

Hot air ballooning is the oldest form of flight technology, with the first basket carrying humans back in 1783. As lovely as it is to see them flying over, it is even better to be in one! It is the only form of flying that allows you to be out in the open looking down on the world and not stuck behind a window in the skies.

Unfortunately one downside to ballooning is that it is very weather dependent. We had two cancelled last minute, one in Oxford and one in Bristol, due to unsuitable conditions. However nearly a year later, and long after the helium ‘hot air balloon’ I had made to represent the experience had deflated, we were third time lucky!

After a long wait to get up in the air (despite the very early start) we arrived in Henley on Easter Sunday extremely excited!

As more people arrived I wondered where a second balloon was, only to discover the basket was much bigger th

an I had expected. It had five sections, one in the middle for the driver surrounded by four that held three to four people in each. As for the actual balloon, although I was aware it was going to be big, I was still overwhelmed by the sheer size of it when it was right in front me.

After a seemingly never ending wait to get going, suddenly we were in the basket and up in the air before we knew it. At which point I started to feel a bit nervous as we reached a height of 2,500 ft, especially when our nutty driver got out his handbook out and questioned whether we were in the flight path…what a joker! I hope?

I have spent many years wandering around Henley on the ground, so it was lovely to see it from the sky. A calm and serene flight took us across the town, along the River Thames and into the countryside, where we could see horses, rabbits and deer. We were obviously much lower by this point, so much so we were able to speak to dog walkers and gardeners.

We were told the flight would last an hour to an hour and a half depending on where we could land. Obviously the balloon is taken with the wind, so there is no guarantees. We were definitely closer to an hour and a half if not more as we struggled to find a field that didn’t have any crops or livestock and that did have an exit gate. In juxtaposition to the flight, we eventually had quite a bumpy landing in a hilly field that took us into the bushes, resulting in several of us having to jump out to guide it to a suitable spot.

After putting it away, imagine the struggle of putting your sleeping bag back in the bag and then times that by 1000, we enjoyed some much needed bucks fizz as we were presented with our certificate!

If you would like to step off the Earth and see the world from a different perspective then check out Balloons Over Britain where I booked mine.