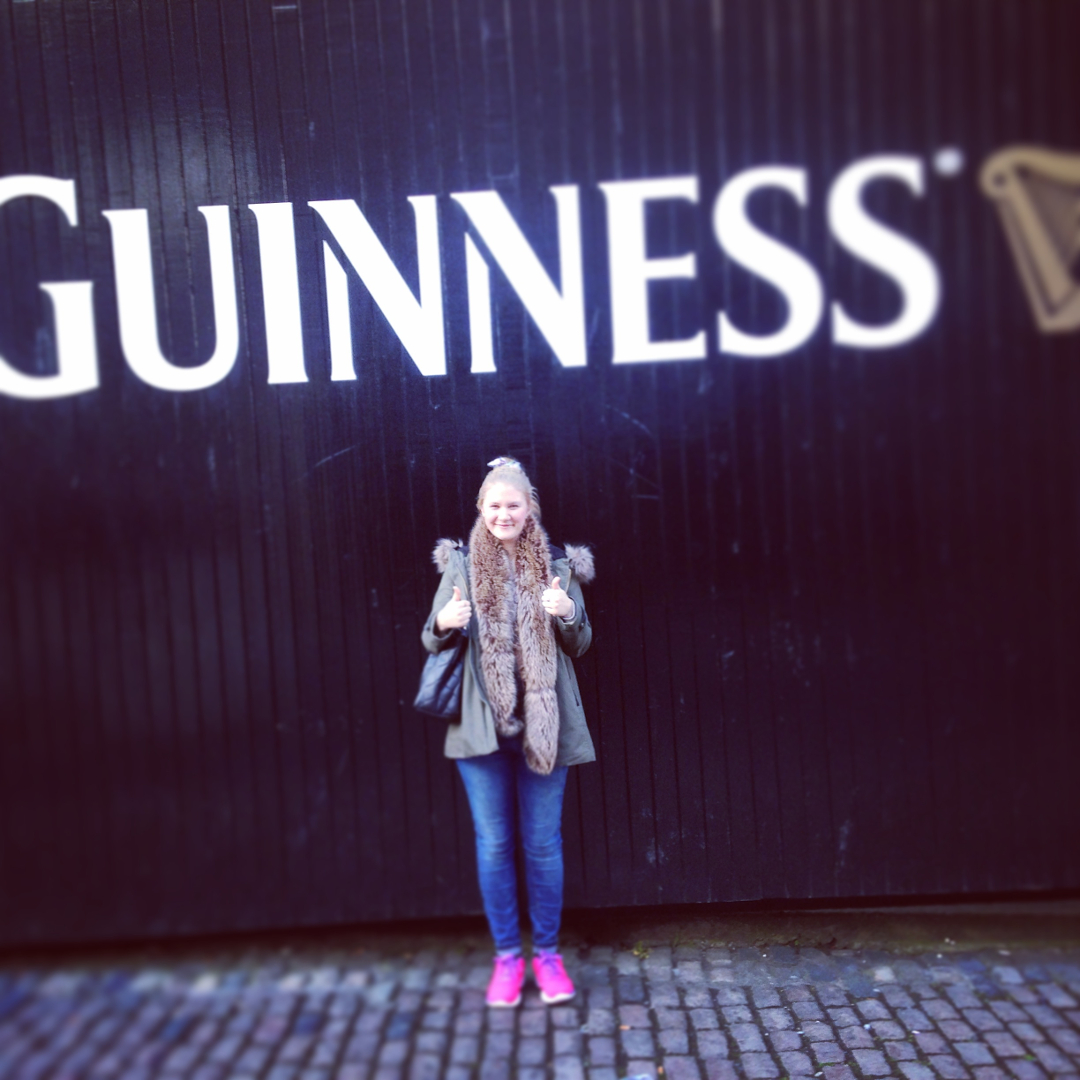 As my Dad reached a milestone birthday, it was a toss up between signing him up to the over 60’s social club or taking him to Dublin for a weekend. As his family history spans back across Irish soil we thought he might prefer to pay his heritage a visit.

So we boarded a plane for the hour and a half flight very early one Friday morning and returned Sunday evening, which was ample time to see and do everything wewanted to. We arrived at the Camden Court Hotel, a modern four star hotel just a short walk away from the bars and shops and spent the weekend exploring this capital city. So, besides drinking copious amounts of Guinness (which you can do in number 3), here are the top 5 things you don’t want to miss out on in Dublin:

1. Hop on Hop off Bus – Does exactly what it says, you can hop on and hop off anywhere on the

route across the city, using it both as transport and a guided tour at the same time. Obviously there is a lot more than 5 things to see and do in this vibrant city, rich with history and culture and this is a way to see all it all from a birds eye view with very informative and funny commentary. A pass last for 2 days and is well worth the money. The bus takes two separate routes, doing continuous circuits. We used ours to drop us off at both Kilmainham Gaol and the Guinness Storehouse, and at the same time went past several points of interest including links to the likes of U2 and Oscar Wilde. We were able to see far more than we would have done in that time, so it was a great but simple way to see everything the city had to offer.

2.  Kilmainham Gaol – A guided tour around the jail will teach you both the history of Kilmainham and the prisoners it housed, as well as a wider history of Ireland. I don’t want to give too much away, but Kilmainham is particularly interesting as it detained leaders of 5 different rebellions between 1798 and 1916 and its youngest inmate was a mere 5 years old. Make your way around the cells and exercise courts, seeing where prisoners would have been executed, getting just a glimpse of the harsh life prisoners would have experienced. Afterwards a walk around the museum will expand on what you have already learnt.

beer and obviously one of Dublin’s most popular attractions. Here you can take a tour to discover how Guinness is brewed; from sourcing the ingredients, through to advertisements across the years and finally trying a pint of Guinness at the Gravity Bar. Here you can enjoy panoramic views of the city alongside your complimentary pint. Before you make your way up to the bar you can partake in a masterclass where you will learn how to pour the pint. I was quite eager to do this until I remembered I had spent many a year working behind a bar, pouring hundreds of pints, with Guinness being the bane of my life on a busy night. Despite this I had never actually tried it, so I’m glad I saved my first taste for where it all began, but I think I’ll be sticking to the wine in future.

4. Phoenix Park – We didn’t get off here, but travelled right through the centre on the bus. At four times the size of Hyde Park, this is the largest enclosed city park in Europe measuring a whopping 1,750 acres. The grounds hold both the home of the Irish president and Dublin Zoo. This zoo is one of the oldest in the world and was the birth place of Cabra, MGM’s trademark lion that roars at the start of Hollywood movies.

5. Temple Bar –This is one of the oldest parts of Dublin and considered to be the cities Cultural Quarter. Temple Bar, an area and not just a single bar as we first thought, is a lively part of Dublin containing bars, pubs and restaurants. It is vibrant, with an atmosphere as lively in the day as it is at night. With something for everyone, you won’t be short of a good time here! We were after a true Irish experience, so went to a traditional restaurant for dinner. This was followed by a Guinness (wine) in local-style pub, whilst doing an Irish jig to the likes of Tell Me Ma performed by a two-piece band.